The Momentum algorithm is solved in two parts. First is to calculate the change to position and second one is to update the old position with the updated position. The change in position is given by,update = α * m_t

Here in the above equation α(Step Size) is the Hyperparameter which controls the movement in the search space which is also called as learning rate. And,f'(x) is the derivative function or aggregate of gradients at time t.

RMSP is an adaptive optimization algorithm which is a improved version of AdaGrad . In AdaGrad we take the cumulative summation of squared gradients but, in RMSP we take the 'exponential average'.

It s given by,

Aggregate of gradient at t = m_t

∂w_t = derivative of weights at t

But as we know these two optimizers explained below have some problems such as generalizing performance. The article [3] tells us that Adam takes over the attributes of the above two optimizers and build upon them to give more optimized gradient descent. 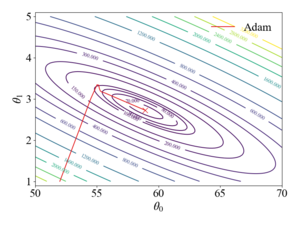 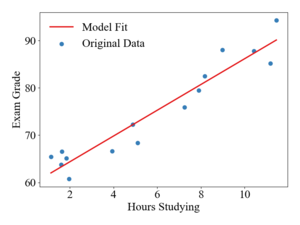 The Nadam algorithm[5] was proposed in 2016 and incorporates the Nesterov Accelerate Gradient (NAG)[6], a popular momentum like SGD variation, into the first-order moment term.

, of the gradient and the squared gradient respectfully. In a variety of neural network training applications, Adam has shown increased convergence and robustness over other gradient descent algorithms and is often recommended as the default optimizer for training.[7]