The problem is solved in GAMS (General Algebraic Modeling System). 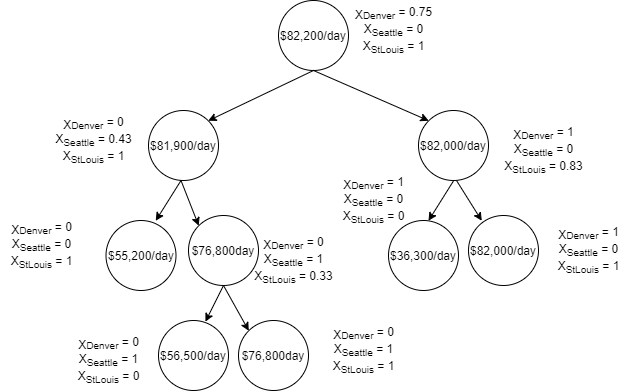 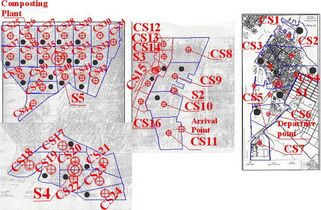 cluster centers to minimize the cost between each point and its closest center. The cost in this problem is represented as the Euclidean distance

and a proposed cluster center

. The problem can be formulated as the following integer program, which selects

centers from a set of

In this formulation, the binary variables

is used as a center point and whether

is the optimal center for

-median problem is NP-hard and is commonly solved using approximation algorithms. One of the most effective algorithms to date, proposed by Byrka et al., has an approximation factor of 2.611(13).