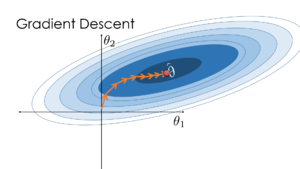 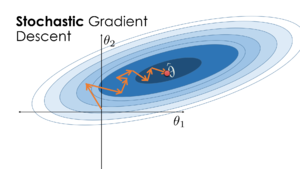 SGD, often referred to as the cornerstone for deep learning, is an algorithm for training a wide range of models in machine learning. Deep learning is a machine learning technique that teaches computers to do what comes naturally to humans. In deep learning, a computer model learns to perform classification tasks directly from images, text, or sound. Models are trained by using a large set of labeled data and neural network architectures that contain many layers. Neural networks make up the backbone of deep learning algorithms. A neural network that consists of more than three layers which would be inclusive of the inputs and the output can be considered a deep learning algorithm. Due to SGD’s efficiency in dealing with large scale datasets, it is the most common method for training deep neural networks. Furthermore, SGD has received considerable attention and is applied to text classification and natural language processing. It is best suited for unconstrained optimization problems and is the main way to train large linear models on very large data sets. Implementation of stochastic gradient descent include areas in ridge regression and regularized logistic regression. Other problems, such as Lasso[10] and support vector machines[11] can be solved by stochastic gradient descent.

Logistic regression models the probabilities for classification problems with two possible outcomes. It's an extension of the linear regression model for classification problems. It is a statistical technique with the input variables as continuous variables and the output variable as a binary variable. It is a class of regression where the independent variable is used to predict the dependent variable. The objective of training a machine learning model is to minimize the loss or error between ground truths and predictions by changing the trainable parameters. Logistic regression has two phases: training, and testing. The system, specifically the weights w and b, is trained using stochastic gradient descent and the cross-entropy loss.